My Hand of Imagination 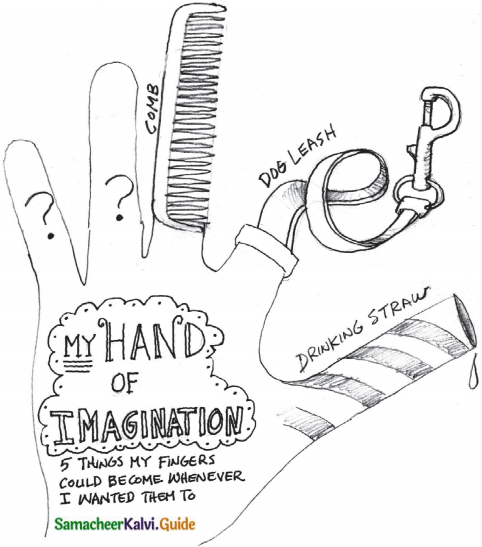 If my fingers are five sweets like laddu, jilabi, I will eat them whenever I want.

1. What kinds of books did Don Quixote like to read? What were these books like?
Answer:
Don Quixote liked to read books about courageous knights and their unbelievable adventures.

2. What effect do the things Don Quixote reads have on him?
Answer:
The books made Don Quixote be placed in the imaginary world of knights.

5. When Don Quixote sees the cloud of dust on the plain in the distance, what does he think causes it?
Answer:
As Don Quixote and Sancho pass a farm, they see a thick cloud of dust. Don Quixote thinks it to be a great army marching towards them.

6. Sancho sees two clouds of dust, leading him to conclude that there are two armies. What does Don Quixote think will happen next?
Answer:
Don imagined meeting the leaders and principal knights of different nations. He also imagined that he heard the neighing of steeds, the sound of trumpets, and the rattling of drums.

To Dream the Impossible Dream
Don Quixote might be seen as not simply crazy in his refusal to see things as they really are but more like a person who wants to accomplish a greater good and so refuses to compromise his ideals. Examples of such people include Nelson Mandela, Mahatma Gandhi, and Martin Luther King Jr.

Discuss (with examples and other evidence) whether or not they think Quixote deserves to be put in the company of real-world idealists or is merely delusional.
Answer:
The story of Don Quixote was written for enjoyment. This story was read largely by children and they relished the fun. So, Don Quixote cannot be put in the company of the real world idealists. He is merely

A. Explain the difference between these words by making sentences. One is done for you.

B. Read the following sentences and write the meaning of the italicised words. One is done for you.

1. The bandage was wound around the wound.
wound – injury
wound – past tense of wind

2. There is a fair Arts and Craft fair this weekend.
fair – beautiful
fair – festival

3. The woodcutter saw a huge saw in his dream.
saw – past tense of see
saw – a device to cut wood

5. The well was dug by a well-known king.
well – water source
well – good

6. We have march past in March.
march – parading of soldiers
march – the third month of the year

7. Can you get me a can?
can – auxiliary verb
can – container

8. How long will the live fish live without food?
live – alive (having life)
live – living in a place

9. She has tears in her eyes as she tears old photos.
tears – salty water from eyes
tears – pulling to pieces

10. I will be second in line if I wait one more second.
second – a basic unit of time
second – coming after first in a sequence or order.

C. Divide each word by putting a slash (/) symbol between each syllable. On the space provided, write how many syllables each word has. Use a dictionary if you’re not sure where to divide the syllables.

D. Listen to your teacher reading a passage on Adventure Trips. Visualize the activities. Draw the scenes in the given boxes. (Text for listening is in page number -136)

F. Ask the students to tell a story. It may be a true story or an imaginative story. Choose one of the titles from the following.

Think about your story

When I was rushing to my school in the morning, as usual, f saw an accident. The son of one of my neighbours was hit by a car. He fell down from his bicycle. I went to him. He was hit on his head and bleeding. 1 called an auto. I took him to a hospital nearby. I bought coffee and biscuits. I rang his parents. Within 15 minutes his parents arrived. They thanked me. Then I rushed to my school. 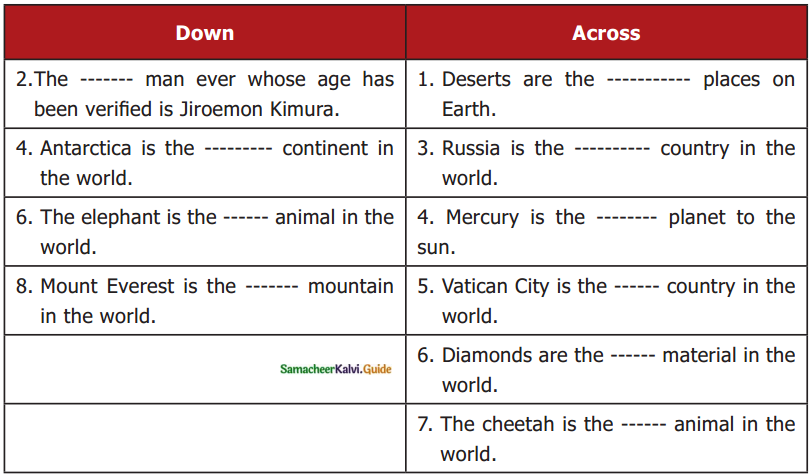 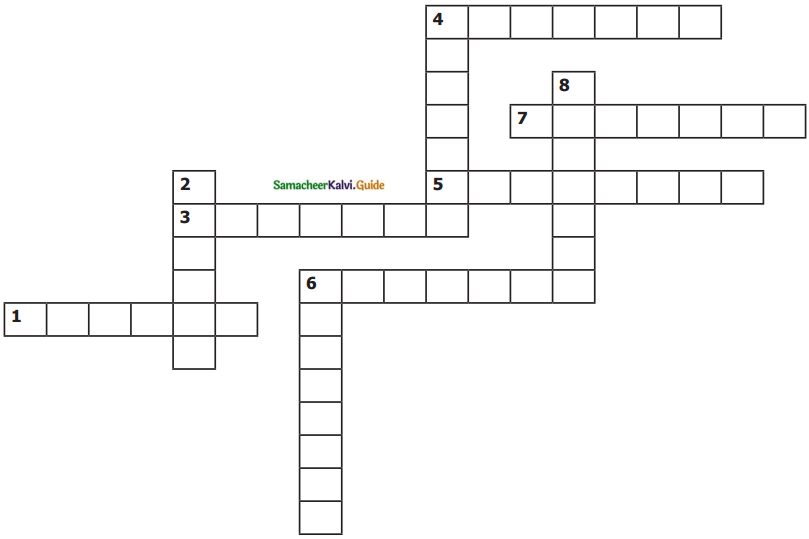 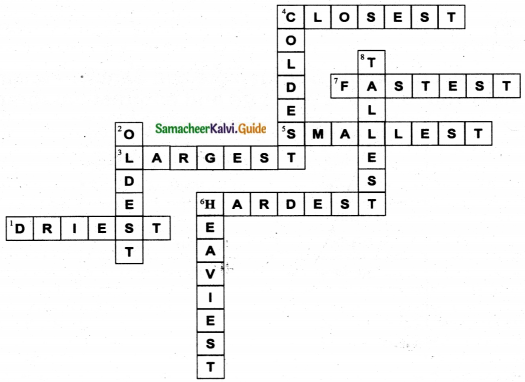 H. Put students in pairs and tell them to interview their partners. To do this they must make questions, e.g. What’s the worst storm you’ve ever seen? They can also ask follow-up questions to find out more information. Do feedback on this as a whole class. Other thematic questionnaires of this kind could be:

I. Write a paragraph comparing Don Quixote and Sancho Panza. The following words will help you to write a compare and contrast paragraph.

Don Quixote wanted an adventurous life which is similar to the life of knights of the middle ages. On the other hand, Sancho Panza was a peasant who lived in the reality. Both of them had a journey. Sancho also liked adventure. He wanted to become rich too. He also wanted to be the squire of Don. However, he saw reality in contrast to Don Quixote. In this way, he differs from Don Qtt|kd% While Don was living only in his imaginary world, Sancho was seeing the reality. Unlike Don, Sancho was a simple man. But Sancho as well as Don loved the life of adventure.

A resident in my neighbourhood named Chandran told me that my town got its name from a foreign official. That foreigner built a school, hospital, college, orphanage, and many other buildings for the welfare of the people. He donated a lot of money for constructing a dam on the river which runs around my place. Chandran got this information from his ancestors who lived in this town long ago.

Once upon a time in Spain there lived a man named Don Quixote. He loved to read books. He read about knights and their adventures. He placed himself in the world of knights. He took Sancho Panza, a farmer as his squire. Don saw a windmill. He thought it to be a giant. He attacked it and fell down. He saw the dust made by a flock of sheep. Thinking them to be an army, Don charged into the midst of the sheep. The farmers stoned him. They laughed at him. They thought him crazy. Don returned home. Children enjoyed his fantastic stories.

Adventures of Don Quixote About the Author in English

Miguel de Cervantes is the most important and celebrated figure in Spanish literature. He is best known for being the author of ‘Adventures of Don Quixote’. He was also noted for his short story collection. Cervantes was a great experimenter. He tried his hand in all the major literary genres. He was a notable short story writer. He was bom on September 29, 1547, in Alcala de Henares, Spain, and died on April 22, 1616. He was the great Spanish novelist, playwright, poet, and creator of Don Quixote.

Adventures of Don Quixote About the Author in Tamil