Question 21.
Define cost?
Answer:
Cost refers to the total expenses incurred in the production of a commodity.

Question 23.
What do you mean by fixed cost?
Answer:
Fixed cost does not change with the change in the quantity of output. The expenses on fixed factors remain unchanged irrespective of the level of output and these expenses are called fixed costs.

Question 24.
Define Revenue.
Answer:
The amount of money that a producer receives in exchange for the sale of goods is known as revenue. Revenue means sales revenue.

Question 25.
Explicit Cost – Define?
Answer:
Explicit cost refers to the actual expenditures of the firm to purchase or hire the inputs.

Question 26.
Give the definition for ‘Real Cost’.
Answer:
Adam Smith regarded pains and sacrifices of labour as real costs of production.

Question 27.
What is meant by Sunk Cost?
Answer:
A cost incurred in the past and cannot be recovered in the future is called a sunk cost. 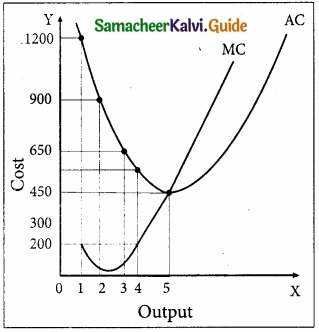 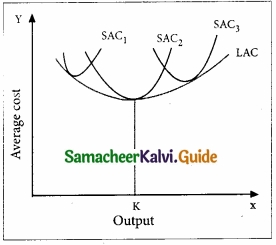 Question 36.
Discuss the short-run cost curves with a suitable diagram?
Short-run Cost Curves:
Total Fixed Cost (TFC):
All payments for the fixed factors of production are known as Total Fixed Cost. A hypothetical TFC is shown in the below table and the diagram.
Answer: 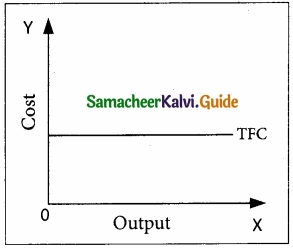 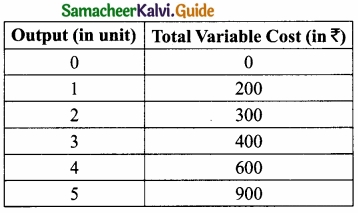 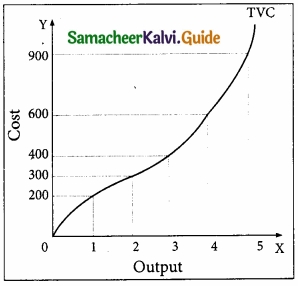 In the diagram, the TVC is zero when nothing is produced. As output increases, TVC also increases. TVC curve slopes upward from left to right.

Total Cost Curves:
Total Cost means the sum total of all payments made in the production. It is also called as Total Cost of Production. Total cost is the summation of Total Fixed Cost (TFC) and Total Variable Cost (TVC). It is written symbolically as TC = TFC + TVC. 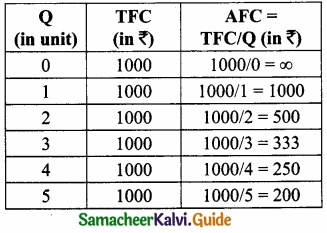 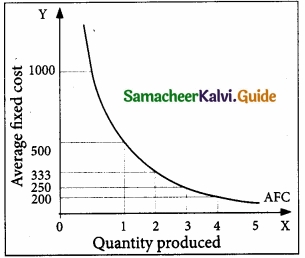 It is to be noted that- 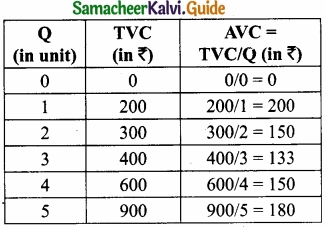 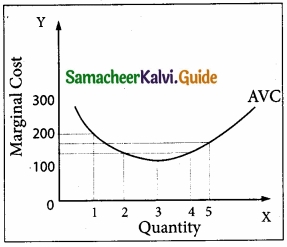 It can be obtained in two ways. 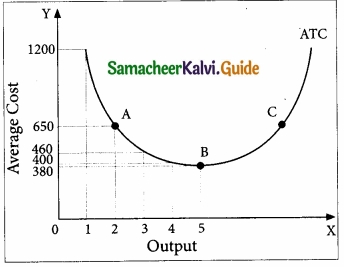 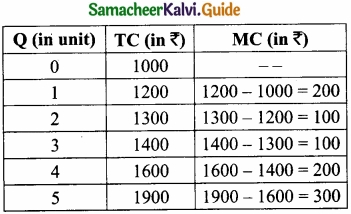 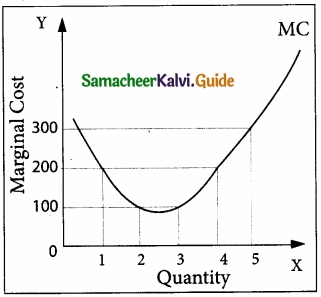 Constant AR and MR (at Fixed Price):
When price remains constant or fixed, the MR will be also constant and will coincide with AR. Under perfect competition as the price is uniform and fixed, AR is equal to MR and their shape will be a straight line horizontal to X-axis. The AR and MR Schedule under constant price is given in the below table and in the diagram. 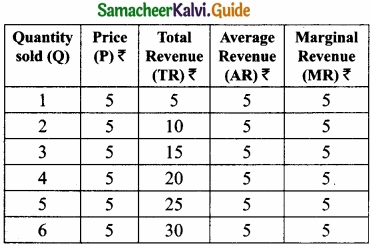 Declining AR and MR (at Declining Price):
When a firm sells large quantities at lower prices both AR and MR will fall but the fall in MR will be steeper than the fall in the AR.

It is to be noted that MR will be lower than AR. Both AR and MR will be sloping downwards straight from left to right. The MR curve divides the distance between AR Curve and Y-axis into two equal parts. The decline in AR need not be a straight line or linear. If the prices are declining with the increase in quantity sold, the AR can be non-linear, taking a shape of concave or convex to the origin. 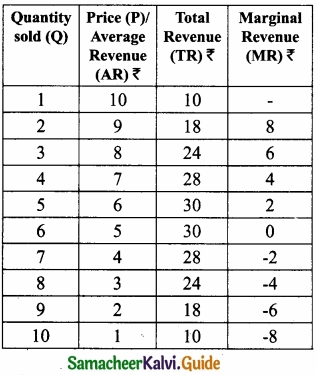 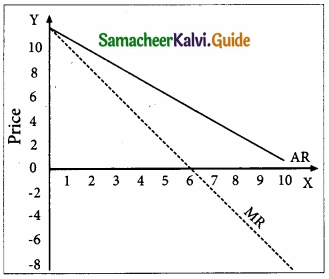 Question 1.
What does money cost?
Answer:
Production cost expressed in money terms is called money cost.
(OR)
The total money expenses incurred by a firm in producing a commodity.

Question 2.
Define Floating Cost?
Answer:
Floating cost refers to all expenses that are directly associated with business activities but not with asset creation. It does not include the purchase of raw material as it is part of current assets. It includes payments like wages to workers, transportation charges, fees for power, and administration. Floating cost is necessary to run the day-to-day business of a firm.

Question 3.
What is the social cost?
Answer:
Social cost refers to the total cost borne by society due to the production of a commodity. (OR) Alfred Marshall defined the term social cost to represent the efforts and sacrifices undergone by the various members of the society in producing a commodity.

Question 1.
Bring out the distinction between short-run and long Run?
Answer:

Question 3.
What is meant by Social Cost for example?
Answer:

Answer the following question in about a page.

Question 1.
Write a short note on Total Revenue?
Answer:
Total revenue is the amount of income received by the firm from the sale of its products. It is obtained by multiplying the price of the commodity by the number of units sold. 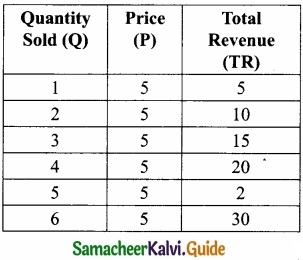 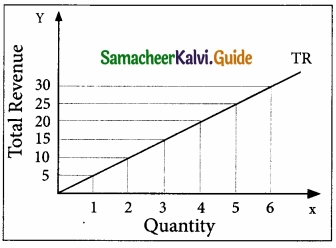 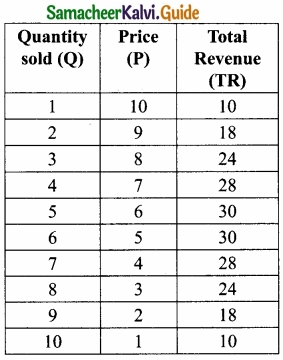 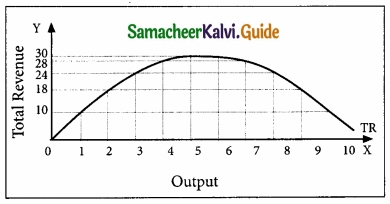 It is to be noted that, the output range of 1 to 5 units, the price elasticity of demand is greater than one according to the total outlay method. Hence, TR is increasing and MR is positive.