Answer all the Questions: [15 × 1 = 15]
Choose the most suitable answer from the given four alternatives.

Since the product was cooled to room temperature, water exists mostly as liquid. Hence, option (a) is correct.
Answer:
(a) 40 ml of CO2 gas

Question 4.
Match the List-I and List-II using the correct code given below the list. 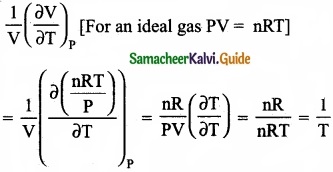 Question 17.
Explain the meaning of the symbol 4P. Write all the four quantum numbers for these electrons?
Answer:
4f2: It means that the element has 2 electrons in outermost 4f shell.
Quantum number values are,

Question 21.
How is a gas-solution equilibrium exist?
Answer:
When a gas dissolves in a liquid under a given pressure, there will be an equilibrium between gas molecules in the gaseous state and those dissolved in the liquid.
Example: In carbonate beverages the following equilibrium exists.
CO2(g) ⇄ CO2 (solution).

Question 22.
What type of hybridisations are possible in the following geometeries?

Question 24.
Complete the reactions and identify the products?

3. At the end of the reaction, the excess reactant left is 3 moles of y.

Question 26.
Which would you expect to have a higher melting point, magnesium oxide or magnesium fluoride? Explain your reasoning.
Answer:

Question 27.
A sample of solid KClO3 (potassium chlorate) was heated in a test tube to obtain O2 according to the reaction
2KClO3(s) → 2KCl + 3O2
The oxygen gas was collected by downward displacement of water at 295 K. The total pressure of the mixture is 772 mm of Hg. The vapour pressure of water is 26.7 mm of Hg at 300K. What is the partial pressure of the oxygen gas?
Answer:

Question 29.
Derive the values of KC and KP for the synthesis of HI.
Answer:
H2(g) + I2(g) ⇄ 2HI(g)
Let us consider the formation of HI in which V moles of hydrogen, ‘b’ moles of iodine gas are allowed to react in an container of volume ‘V’.
Let ‘x’ moles of each of H2 and I2 react together to form 2x moles of HI. 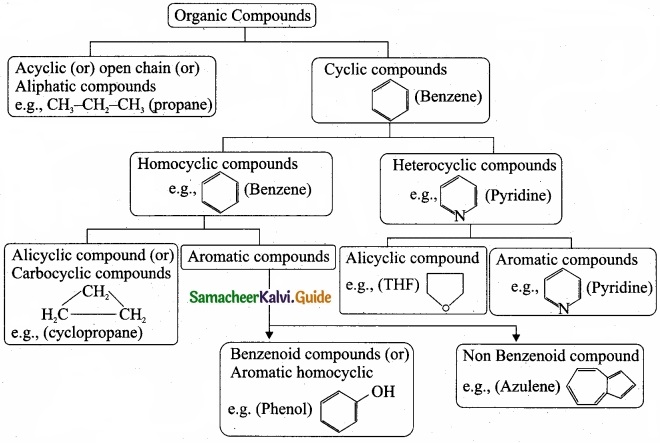 Question 31.
For the following bond cleavages use curved-arrows to show the electron flow and classify each as homolytic or heterolytic fission. Identify reactive intermediate produced as free radical, carbocation and carbanion? 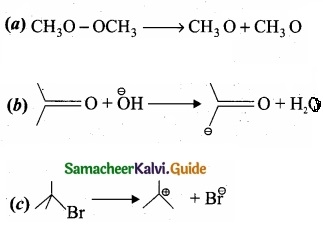 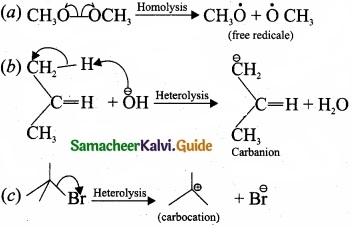 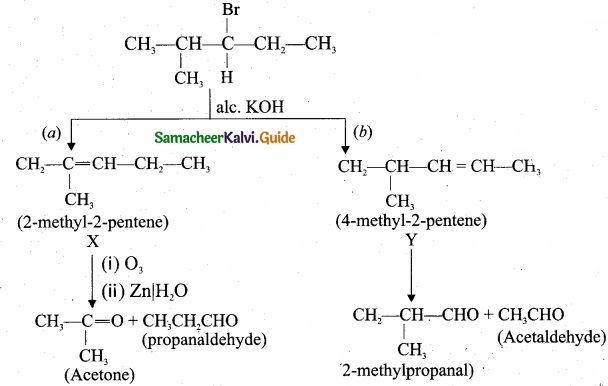 Question 33.
What do you mean by ozone hole? What are its consequences?
Answer:
Depletion of ozone layer creates some sort of holes in the blanket of ozone which surrounds us in the atmosphere and this is known as ozone hole.

Question 35 (a).
(I) Mention any two anomalous properties of second period elements?
(II) Arrange Na+, Mg2+ and Al3+ in the increasing order of ionic radii. Give reason?

(b)
(I) How do you expect the metallic hydrides to be useful for hydrogen storage?
(II) Write a note about ortho water and para water?
Answer:
(a) (I) Anomalous properties of second period elements:

(b)
(I) In metallic hydrides, hydrogen is adsorbed as H-atoms. Due to the adsorption of H atoms the metal lattice expands and become unstable. Thus, when metallic hydride is heated, it decomposes to form hydrogen and finely divided metal. The hydrogen evolved can be used as fuel.

(II)
1. Water exists in space in the interstellar clouds, in proto-planetary disks, in the comets and icy satellites on the solar system, and on the Earth.
2. In particular, the ortho-to-para ratio (OPR) of water in space has recently received attention. Like hydrogen, water can also be classified into ortho – H2O and para – H2O, in which the directions are antiparallel.

Question 36 (a).
Derive the values of critical constants from the Van der Waals constants? 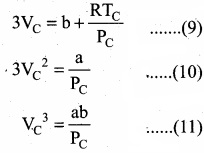 Substituting the values of VC and PC in equation (9) 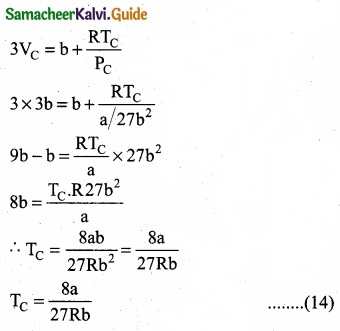 Critical constants a and b can be calculated rising Vander Waals constants as follows:

Question 37 (a).
(I) Solubility of a solid solute in a liquid solvent increases with increase in temperature. Justify this statement?
(II) Explain how non-ideal solutions shows positive deviation from Raoult’s law?

(b)
(I) How will you distinguish between electrophiles and nucleophiles?
(II) Complete the following reactions and identify the products?
(a)

Question 38 (a).
(I) Is it possible to prepare methane by Kolbe’s electrolytic method?
(II) Explain how 2-butyne reacts with
(a) Lindlar’s catalyst
(b) Sodium in liquid ammonia.

(b) (I) Discuss the aromatic nucleophilic substitution reactions of chlorobenzene?
(II) CCl4 > CHCl3 > CH2C12 > CH3Cl is the decreasing order of boiling point in haloalkanes. Give reason?
Answer:
(a) (I) Kolbe’s electrolytic method is suitable for the preparation of symmetrical alkanes, that is alkanes containing even number of carbon atoms. Methane has only one carbon, hence it cannot be prepared by Kolbe’s electrolytic method.
(II) (a) 2-butyne reacts with Lindlar’s catalyst: 2-butyne can be reduced to cis – 2 butene using CaCO3 supported in Pd -metal partially deactivated with sulphur.
This reaction is stereo specific giving only the cis – 2 – butene.

(II) The boiling point of chloro, bromo and iodoalkanes increases with increase in the number of halogen atoms. So the correct decreasing order of boiling point of haloalkanes is:
CCl4 > CHCl3 > CH2Cl2 > CH3Cl.