Question 4.
A particle of mass m moves in the xy plane with a velocity v along the straight line AB. If the angular momention of the particle with respect to origin O is LA when it is at A and LB when it is at B, then …………………….
(a) LA = LB
(b) LA < LB
(c) LA > LB
(d) The relationship between LA and LB depends uopn the slope of the line AB

Question 16.
A girl is swinging in the sitting position. How will the period of the swing be changed if she stands up?
Answer:
This can be explained using the concept of a simple pendulum. We know that the time period of a simple pendulum is given by
T = 2π\(\sqrt{l/g}\) i.e; T ∝\(\sqrt{l}\)
When the girl stands up, the distance between the point of suspension and the centre of mass of the swinging body decreases i.e., l decreases, so T will also decrease.

Question 18.
State Lami’s theorem?
Answer:
If a system of three concurrent and coplanar forces is in equilibrium, then Lami’s theorem states that the magnitude of each force of the system is proportional to sine of the angle between the other two forces. The constant of proportionality is same for all three forces.

Question 20.
Why a given sound is louder in a hall than in the open?
Answer:
In a hall, repeated reflections of sound take place from the walls and the ceiling. These reflected sounds mix with original sound which results in increase the intensity of sound. But in open, no such a repeated reflection is possible. .’. sound will not be louder as in hall.

Question 21.
What are the differences between connection and conduction?
Answer:
Conduction:
Conduction is the process of direct transfer of heat through matter due to temperature difference. When two objects are in direct contact with one another, heat will be transferred from the hotter object to the colder one. The objects which allow heat to travel easily through them are called conductors.

Convection:
Convection is the process in which heat transfer is by actual movement of molecules in fluids such as liquids and gases. In convection, molecules move freely from one place to another.

Question 23.
If the length of the simple pendulum is increased by 44% from its original length, calculate the percentage increase in time period of the pendulum?
Answer:
Since T ∝ \(\sqrt{l}\) = Constant \(\sqrt{l}\)

Question 24.
When do the real gases obey more correctly the gas equation PV = nRT?
Answer:
An ideal gas is one whose molecules have zero volume and no mutual force between them. At low pressure, the volume of a gas is large and so the volume occupied by the molecules is negligible in comparison to the volume of the gas. 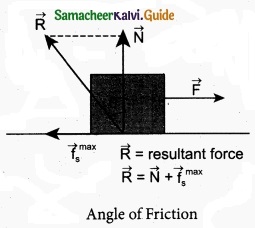 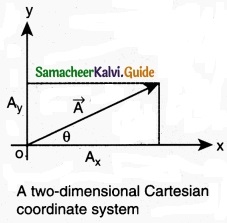 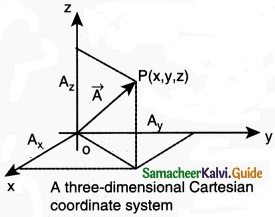 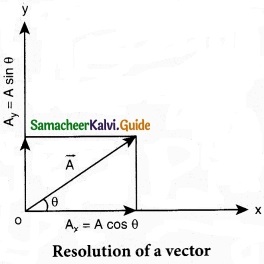 Note:
As h approaches ∞, the total energy tends to zero. Its physical meaning is that the satellite is completely free from the influence of Earth’s gravity and is not bound to Earth at large distance. 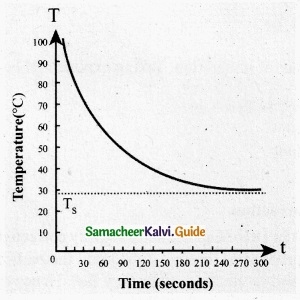 From the graph in figure it is clear that the rate of cooling is high initially and decreases with falling temperature.

Let us consider an object of mass m and specific heat capacity s at temperature T. Let Ts be the temperature of the surroundings. If the temperature falls by a small amount dT in time dt, then the amount of heat lost is,
dQ = msdT …………………….. (2)

Integrating equation (5) on both sides,

Question 32.
Explain Laplace’s correction?
Answer:
Laplace’s correction: In 1816, Laplace satisfactorily corrected this discrepancy by assuming that when the sound propagates through a medium, the particles oscillate very rapidly such that the compression and rarefaction occur very fast.

Hence the exchange of heat produced due to compression and cooling effect due to rarefaction do not take place, because, air (medium) is a bad conductor of heat. Since, temperature is no longer considered as a constant here, sound propagation is an adiabatic process. By adiabatic considerations, the gas obeys Poisson’s law (not Boyle’s law as Newton assumed), which is
PVγ = Constant …………………. (1)
where, γ = \(\frac { C_{ p } }{ C_{ v } } \) which is the ratio between specific heat at constant pressure and specific heat at constant volume. Differentiating equation (1) on both the sides, we get
\(V^{ \gamma }dP+P(\gamma ^{ V\gamma -1 }dV)=0\)

Given equation is dimensionally correct as the dimensions on the both side are same. Applications of dimensional analysis

Question 35 (a)
Explain the motion of block connected by a string in vertical motion?
Answer:
When objects are connected by strings and a force F is applied either vertically or horizontally or along an inclined plane, it produces a tension T in the string, which affects the acceleration to an extent. Let us discuss various cases for the same. 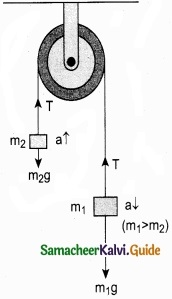 Vertical motion:
Consider two blocks of masses m1 and m2 (m1 > m2) connected by a light and inextensible string that passes over a pulley as shown in Figure 1.

Let the tension in the string be T and acceleration a.

When the system is released, both the blocks start, Two blocks connected by a string moving, m2 vertically upward and m1 downward with same acceleration a. The gravitational force m1g on mass m1 is used in lifting the mass m2.

The upward direction is chosen as y direction. The free body diagrams of both masses are shown in Figure 2. 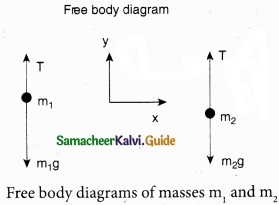 The left hand side of the above equation is the total force that acts on m2 and the right hand side is the product of mass and acceleration of m2 in direction. 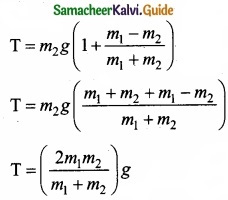 Equation (4) gives only magnitude of accleration.

(I) The acceleration of the body at any instant is given by the first derivative of the velocity with respect to time,
a = \(\frac{dv}{dt}\) or dv = a dt
Integrating both sides with the condition that as time changes from 0 to t, the velocity changes from u to v. For the constant acceleration,

The theorem states that the moment of inertia of a plane laminar body about an axis perpendicular to its plane is equal to the sum of moments of inertia about two perpendicular axes lying in the plane of the body such that all the three axes are mutually perpendicular and have a common point.

To prove this theorem, let us consider a plane laminar object of negligible thickness on which lies the origin (O). The X and Y-axes lie on the plane and Z-axis is perpendicular to it as shown in figure. The lamina is considered to be made up of a large number of particles of mass m. Let us choose one such particle at a point P which has coordinates (x, y) at a distance r from O. 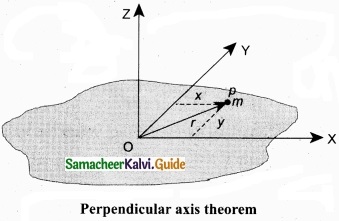 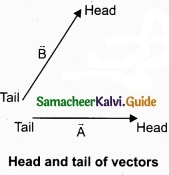 To find the resultant of the two vectors we apply the triangular law of addition as follows:

Represent the vectors \(\vec { A } \) and \(\vec { B } \) by the two adjacent sides of a triangle taken in the same order. Then the resultant is given by the third side of the triangle as shown in figure. 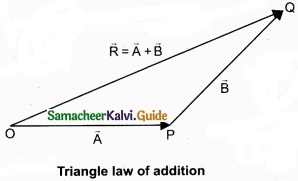 From figure, consider the triangle ABN, which is obtained by extending the side OA to ON. ABN is a right angled triangle.

Question 37 (a).
Explain in detail the various types of errors?
Answer:
The uncertainty in a measurement is called an error. Random error, systematic error and gross error are the three possible errors.

(1) Instrumental errors:
When an instrument is not calibrated properly at the time of manufacture, instrumental errors may arise. If a measurement is made with a meter scale whose end is worn out, the result obtained will have errors. These errors can be corrected by choosing the instrument carefully.

(2) Imperfections in experimental technique or procedure:
These errors arise due to the limitations in the experimental arrangement. As an example, while performing experiments with a calorimeter, if there is no proper insulation, there will be radiation losses. This results in errors and to overcome these, necessary correction has to be applied

(3) Personal errors:
These errors are due to individuals performing the experiment, may be due to incorrect initial setting up of the experiment or carelessness of the individual making the observation due to improper precautions.

(4) Errors due to external causes:
The change in the external conditions during an experiment can cause error in measurement. For example, changes in temperature, humidity, or pressure during measurements may affect the result of the measurement.

(II) Random errors:
Random errors may arise due to random and unpredictable variations in experimental conditions like pressure, temperature, voltage supply etc. Errors may also be due to personal errors by the observer who performs the experiment. Random errors are sometimes called “chance error”.

(b) To move an object, which one is easier, push or pull? Explain?
Answer:
When a body is pushed at an arbitrary angle θ (0 to \(\frac{π}{2}\)), the applied force F can be resolved into two components as F sin θ parallel to the surface and F cos θ perpendicular to the surface as shown in figure. The total downward force acting on the body is mg + F cos θ. It implies that the normal force acting on the body increases. Since there is no acceleration along the vertical direction the normal force N is equal to
Npush = mg + F cos θ …………………. (1)
As a result the maximal static friction also increases and is equal to
\(f_{s}^{\max }=\mu_{r} N_{\text {push }}=\mu_{s}(m g+F \cos \theta)\) …………………. (2)
Equation (2) shows that a greater force needs to be applied to push the object into motion. 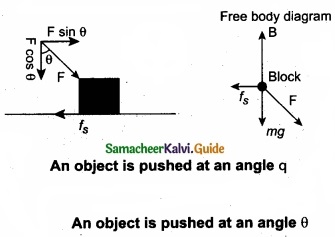 When an object is pulled at an angle 0, the applied force is resolved into two components as shown in figure. The total downward force acting on the object is
Npull = mg – F cos θ …………………….. (3) 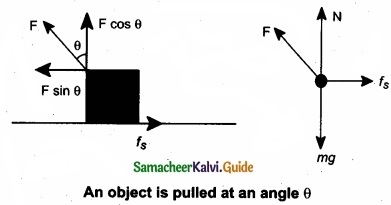 Question 38 (a).
Describe the method of measuring angle of repose?
Answer:
Angle of Repose Consider an inclined plane on which an object is placed, as shown in figure. Let the angle which this plane makes with the horizontal be θ. For small angles of θ, the object may not slide down. As θ is increased, for a particular value of θ, the object begins to slide down. This value is called angle of repose. Hence, the angle of repose is the angle of inclined plane with the horizontal such that an object placed on it begins to slide. 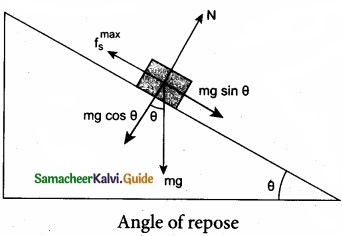 When the object just begins to move, the static friction attains its maximum value
fs = \(f_{s}^{\max }\) 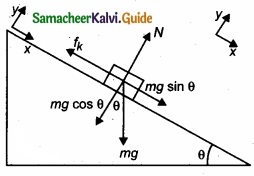 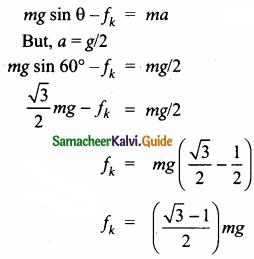 There is no motion along the y-direction as normal force is exactly balanced by the mg cos θ.
mg cos θ = N = mg/2 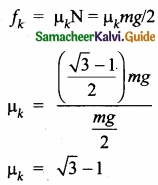 (c) Write a note on triangulation method and radar method to measure larger distances?
Answer:
Triangulation method for the height of an accessible object:
Let AB = h be the height of the tree or tower to 6e measured. Let C be the point of observation at distance x from B. Place a range finder at C and measure the angle of elevation, ACB = θ as shown in figure. 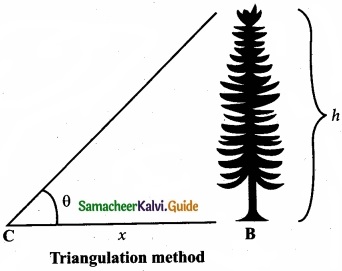 RADAR method:
The word RADAR stands for radio detection and ranging. A radar can be used to measure accurately the distance of a nearby planet such as Mars. In this method, radio waves are sent from transmitters which, after reflection from the planet, are detected by the receiver.