Question 5.
Arrangement of sepals and petals in flower bud is called ………………………
(a) Adhesion
(b) Aestivation
(c) Placentation
(d) Cohesion
Answer:
(b) Aestivation

Question 8.
Which of the following is a free – living bacterium?
(a) Rhizobium
(b) Clostridium
(c) Escherichia
(d) Cyanobacteria
Answer:
(b) Clostridium

Question 10.
What is plant morphology?
Answer:
Plant morphology also known as external morphology deals with the study of shape, size and structure of plants and their parts like (roots, stems, leaves, flowers, fruits and seeds).

Question 12.
Define C – Value?
Answer:
C-Value is the amount in picograms of DNA contained within a haploid nucleus.

Question 13.
Expand and Define TP?
Answer:
TP stands for Turgor pressure. When a plant cell is placed in pure water (hypotonie solution) the diffusion of water into the cell takes place by endosmosis. It creates a positive hydrostatic pressure on the rigid cell wall by the cell membrane.

Hence forth the pressure exerted by the ccli membrane towards the cell wall is Turgor Pressure (TP).

Question 16.
What is a liana? Mention its importance?
Answer:
Liana is a vine that is perennial and woody. Lianas are major components in the tree canopy layer of some tropical forests. e.g., Ventilago. 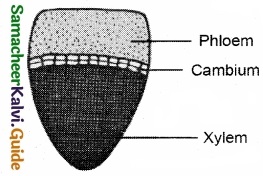 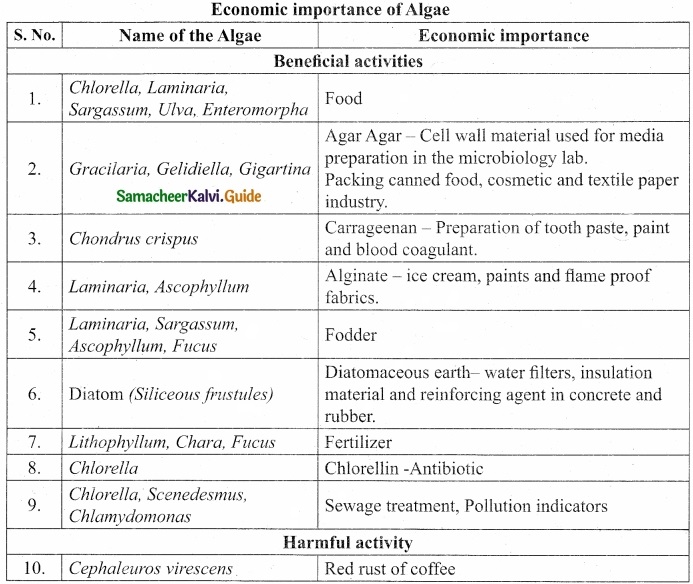 3. Stem:
Stem is hollow, green and herbaceous with strong odour. 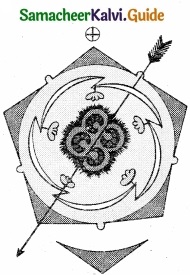 1. Stomatal transpiration:
Stomata are microscopic structures present in high number on the lower epidermis of leaves. This is the most dominant form of transpiration and being responsible for most of the water loss (90 – 95%) in plants.

2. Lenticular transpiration:
In stems of woody plants and trees, the epidermis is replaced by periderm because of secondary growth. In order to provide gaseous exchange between the living cells and outer atmosphere, some pores which looks like lens – shaped raised spots are present on the surface of the stem called Lenticels. The loss of water from lenticels is very insignificant as it amounts to only 0.1% of the total.

3. Cuticular transpiration:
The cuticle is a waxy or resinous layer of cutin, a fatty substance covering the epidermis of leaves and other plant parts. Loss of water through cuticle is relatively small and it is only about 5 to 10 % of the total transpiration. The thickness of cuticle increases in xerophytes and transpiration is very much reduced or totally absent.

Describe the concept of Phytochrome?
Answer:
Phytochrome is a bluish biliprotein pigment responsible for the perception of light in photo physiological process. But at (1959) named this pigment and it exists in two interconvertible forms:

(I) Red light absorbing pigment which is designated as Pr and

Pfr is always associated with hydrophobic area of membrane systems while Pr is found in diffused state in the cytoplasm. The interconversion of the two forms of phytochrome is mainly involved in flower induction and also additionally plays a role in seed germination and changes in membrane conformation.

Question 9.
What is Phylogenetic tree?
Answer:
A phylogenetic tree or evolutionary tree is a branching diagram or “tree”, showing the inferred evolutionary relationships upon similarities and differences in their physical or genetic characteristics.

Question 12.
Define Floating ribs?
Answer:
The last 11th and 12th pairs of ribs are not connected ventrally. Therefore, they are called as ‘floating ribs’ or vertebral ribs.

Question 13.
Write a note on Tetany?
Answer:
Tetany is caused due to the hyposecretion of parathyroid hormone (PTH). Due to hyposecretion of PTH serum calcium level decreases (Hypocalcemia), as a result serum phosphate level increases. 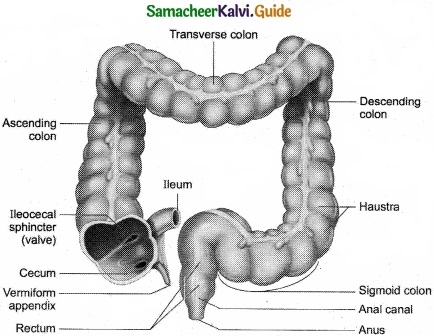 Lungs do not contain muscle fibres but expands and contracts by the movement of the ribs and diaphragm. The diaphragm is a sheet of tissue which separates the thorax from the abdomen. In a relaxed state, the diaphragm is domed shaped.

Inspiraton is initiated by the contraction of the diaphragm muscles and external intercostal muscles, which pulls the ribs and sternum upwards and outwards and increases the volume of the thoracic chamber in the dorso – ventral axis, forcing the lungs to expand the pulmonary volume.

The increase in pulmonary volume and decrease in the intrapulmonary pressure forces the fresh air from outside to enter the air passages into the lungs to equalize the pressure. This process is called inspiration.

Relaxation of the diaphragm allows the diaphragm and sternum to return to its dome shape and the internal intercostal muscles contract, pulling the ribs downward reducing the thoracic volume and pulmonary volume.

This results in an increase in the intrapulmonary pressure slightly above the atmospheric pressure causing the expulsion of air from the lungs. This process is called expiration.

Question 21.
What are the benefits of regular exercise?
Answer:
Regular exercises can produce the following beneficial physiological changes:

What are the types of chicken breeds in Poultry Farming?
Answer:
There are more than 100 breeds. The commonly farmed chicken breeds are categorized into five based on the purpose for which it is farmed. They are egg layers, broiler type, dual type, games and ornamental types.

1. Egg layers: These are farmed mainly for the production of egg.

Leghorn:
This is the most popular commercial breed in India and originated from Italy. They are small, compact with a single comb and wattles with white, brown or black colour.

They mature early and begin to lay eggs at the age of 5 or 6 months. Hence these are preferred in commercial farms. They can also thrive well in dry areas.

Chittagong:
It is the breed chiefly found in West Bengal. They are golden or light yellow coloured. The beak is long and yellow in colour. Ear lobes and wattles are small and red in colour. They are good egg layers and are delicious.

2. Broiler type: These are well known for fast growth and soft quality meat.

White Plymouth rock:
They have white plumage throughout the body. It is commonly used in broiler production. This is an American breed. It is a fast growing breed and well suitable for growing intensively in confined farms.

3. Dual purpose breeds: These are for both meat and egg production purpose.

Brahma:
It is a breed popularly known for its massive body having heavy bones, well feathered and proportionate body. Pea comb is one of the important breed characters. It has two common varieties namely, Light Brahma and Dark Brahma.

4. Game breeds: Since ancient times, special breed of roosters have been used for the sport of cockfighting.

Aseel:
This breed is white or black in colour. The hens are not good egg layers but are good in incubation of eggs. It is found in all states of India. Aseel is noted for its pugnacity, high stamina, and majestic gait and dogged fighting qualities. Although poor in productivity, this breed is well-known for their meat qualities.

5. Ornamental breeds: Ornamental chicken are reared as pets in addition to their use for egg production and meat.

Silkie:
It is a breed of chicken has a typical fluffy plumage, which is said to feel like silk and satin. The breed has numerous additional special characters, such as black skin and bones, blue earlobes, and five toes on each foot, while the majority chickens only have four.

They are exhibited in poultry shows, and come out in various colours. Silkies are well recognized for their calm, friendly temperament. Silkie chicken is especially simple to maintain as pets.