Homeless Man and his Friends: A True Story Textual Exercise Questions and Answers

3. When was he admitted in the hospital?
Answer:
Cesar was admitted to the emergency room of the hospital at about 3 a.m.

4. Where is the hospital?
Answer:
The hospital is in Rio do Sul, South Brazil.

B. Write the answers to the following questions in 100 words.

1. Where did the nurse post this story?
Answer:
A nurse named Cris Mamprim, worked at a hospital to look after the patients. One day a man came to the hospital to seek treatment and medication for his ailment. The nurse knew neither his condition nor his background. Soon she and her colleagues realized that he had a gang of four dogs to accompany him. When she witnessed the unbelievable loyalty of the dogs, she snapped a photo of the touching scene and later she posted it on Facebook. She writes that” I came across this today, at the hospital where I work at 3 A.M. while their master being treated, his companions waited at the door”.

2. What did Cesar do when he was offered food by the nurses?
Answer:
Cesar is the hero of the story. One day he went to a hospital to seek treatment and medication for his illness. Meanwhile, a miraculous event happened there. None of his relatives came to look after Ceasar, but he was accompanied by four dogs. When the nurses offered him some food to eat he did not eat the whole but saved something to give the dogs later.

4. How many people followed Mamprim’s post?
Answer:
Mamprim worked as a nurse at the hospital. She witnessed the loyalty of the dogs. She snapped a photo of the touching scene and posted it on Facebook. It was followed by 1,36,000 people and commented by 24,000 people when she posted it.

C. Can you guess the meaning of the following words after understanding the story? 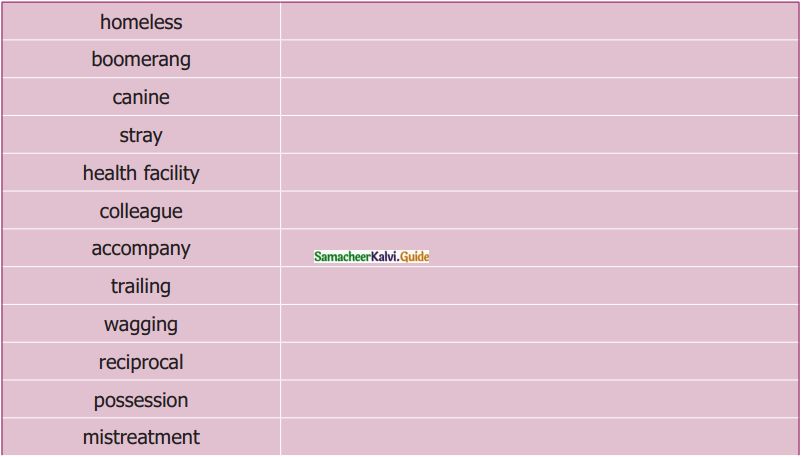 Number the alphabet according to their position to decode the following:

Tick the boxes that you have done and check yourself whether you are a good friend. 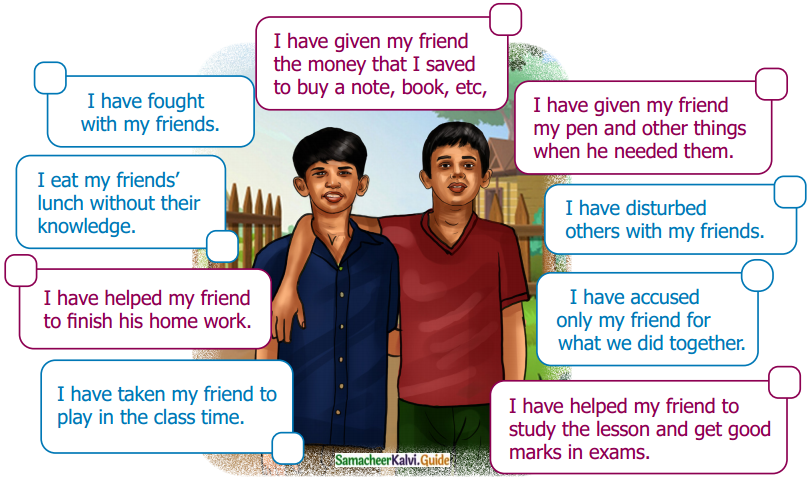 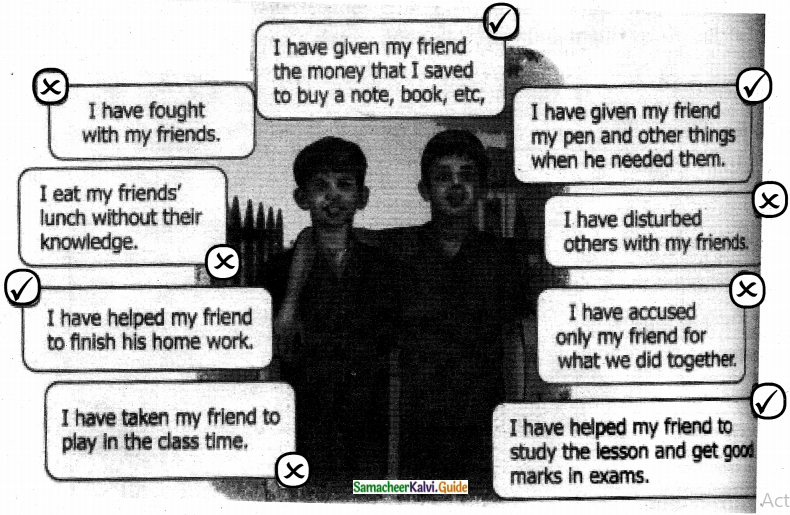 Homeless Man and his Friends: A True Story Summary in English

Cesar, a homeless, Poorman was admitted to the hospital, at Rio do Sul in South Brazil. He had been feeding the stray dogs. Those four dogs came to the hospital to see him. When he was discharged he went with him happily. The use of the hospital took notice of it and posted the above incident on her Facebook accounts. Though Cesar was homeless he was not friendless.

Homeless Man and his Friends: A True Story Summary in Tamil