Question 25.
What are the objectives of the Tenth Five Year plan?
Answer:

Question 26.
What is the difference between HDI and PQLI?
Answer:

Question 27.
Mention the indicators which are used to calculate HDI?
Answer:

Answer the following questions in one paragraph:

Question 29.
The Handicrafts declined in India in British Period. Why?
Answer:

Question 30.
Elucidate the different types of land tenure systems in colonial India?
Answer:
Land Tenure refers to the system of land ownership and management. The features that distinguish a land tenure system from the others relate to the following:

Based on these questions, three different types of land tenure existed in India before Independence. They were:

Zamindari System or the Landlord-Tenant System:

Question 31.
State the reasons for the nationalization of commercial banks?
Answer:

Question 34.
What is PQLI?
Answer:

Question 35.
Discuss the Indian economy during the British Period?
Answer:
Britain had exploited India over a period of two centuries of its colonial rule. On the basis of the form of colonial exploitation, economic historians have divided the whole period into three phases namely the period of merchant capital, the period of industrial capital, and the period of finance capital.

1. Period of merchant capital (1757 to 1813):
The only aim of the East India company was to earn profit by establishing monopoly trade. India was considered as the best hunting ground for capital. By attaining political power the objective of monopoly trade was fulfilled. The company administration succeeded in generating huge surpluses which were repatriated to England.

2. Period of industrial capital (1813 to 1858):
India had become a market for British textiles. Indians were exploited by fixing low prices for exports and high price for imports. India’s traditional handicrafts were thrown out of gear.

4. The land tenure system in India: Land tenure refers to the system of land ownership and management.
The Zamindari system, the Mahalwari system and the Ryotwari system were the systems of land tenure introduced by British.

5. Problems of British rule : Their profit motives led to drain of resources from India. The handicraft industries were collapsed.
The British rule stunted the growth of Indian enterprise. Capital formation in India was retarded.

3. Help in Mobilization of Local Resources:

4. Pave for Optimisation of Capital:

Question 37.
Explain the objectives of the nationalization of a commercial bank?
Answer:

These plans had guided the Government as to how it should utilize scarce resources so that maximum benefits can be gained. It is worthy to mention here that Indian Government adopted the concept of five-year plans from Russia.

Question 4.
Most modem and rich countries have well developed through their early ………………………… revolution.
(a) Agriculture
(b) Industrial
(c) French
(d) Green
Answer:
(b) Industrial

Question 5.
The income elasticity of Industrial goods is very higher than that of ………………………… goods.
(a) Primary
(b) Secondary
(c) Industrial
(d) Manufacturing.
Answer:
(a) Primary

Question 6.
Which of the following is called as an important agro-based industry?
(a) Steel
(b) Cement
(c) Sugar
(d) Jute
Answer:
(c) Sugar

Question 3.
When did the petroleum and the natural gas commission was established?
Answer:

Answer the following questions in one paragraph:

Question 1.
To know the value of freedom, students can collect pictures of Places like Jallianwala Bagh, Meerut, Thandi, and photos of freedom fighters?
Answer:
The Jallianwalabagh Massacre in Amritsar 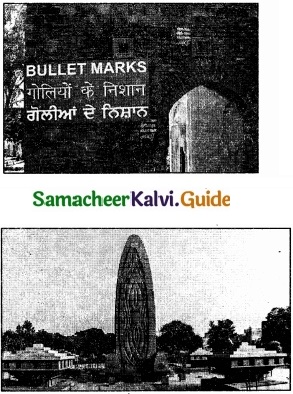 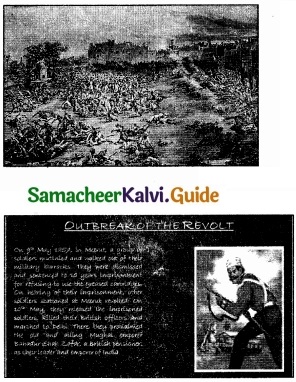 Question 2.
Display the demonstration effect of present Indians in culture, dressing, and lifestyle to emphasize the Swadhesi?
Answer:
Swadeshi Movement was a popular strategy for eradicating British rule and for improving the economic conditions of the country. 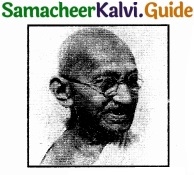 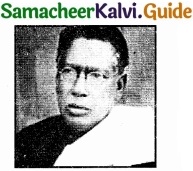 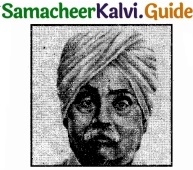 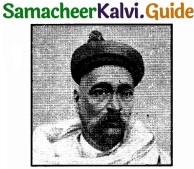